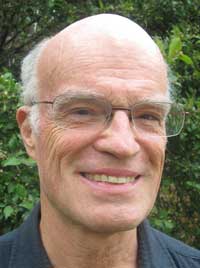 Richard Ferguson has always been fascinated by metal and welding. He was given an oxygen-acetylene welder as a teenager. After graduating from engineering school, he worked in a steel mill, where he rarely saw a crane of less than 50 ton capacity, and hot metal meant hundreds of tons of molten steel. When he left the steel mill for the telephone company, he largely left metal behind. Since he retired, he has been blessed with the opportunity to make metal sculptures. Richard has lived in Colorado for more than 40 years.

He enjoys designing and making some of his own tools.

I have a Facebook page, which you should be able to find if you search for Ferguson Sculpture. Please like or friend me there. I also have a blog. I report in both places on current projects, etc.